Using Energy Attribute Certificates to prove to the world that you try to become green in terms of Scope 2 is the most common way.

Every day one more company is announcing net-zero targets. Electricity consumed by these companies appears as the prominent cause of their climate impact. When they consider ways to reduce carbon footprint and decide on the transition to renewable energy (RE), companies are using a tried and tested instrument: Energy Attribute Certificates (EAC) to prove their commitments.

Receiving official recognition for your company’s green efforts is a great thing. And using Energy Attribute Certificates to prove to the world that you try to become green in terms of Scope 2 is the most common way.

But for companies looking to truly be sustainable and conduct zero-impact operations, you want to go beyond greenwashed marketing. Transparency and proof are the keys to becoming truly sustainable. Businesses deciding to achieve it can start with tracking their renewable energy usage.

Net-Zero Commitments Are Great, What About Transparency?

Awareness and commitment for net-zero accelerated since the launch of RE100 at Climate Week NYC 2014. The world's biggest corporations united and formed a collaborative initiative called RE100,  declared that they are committed to renewable energy, and set targets to source 100% of their electricity renewably.

Since that time RE100 companies, consuming 340 TWh of electricity worldwide, are contributing to renewable energy investments and generation through opening up their own renewable energy production sites, making Power Purchase Agreements (PPAs) with RE producers, and obtaining unbundled EACs all over the world to reach their targets.

To share their progress, RE100 member companies are publishing annual disclosure reports to show how they are putting their commitments into action.

In their latest 2021 Annual Disclosure Report RE100 stated “Support a credible and transparent system for issuing, tracking, and certifying competitively priced Energy Attribute Certificates (EACs)” as one of their six policy messages.

This demonstrates RE100 also acknowledges that a layer of transparency is needed to show that their actions go beyond their commitments.  Because increased awareness in public puts pressure on the companies to prove that there is more than commitment and this is not only about marketing. 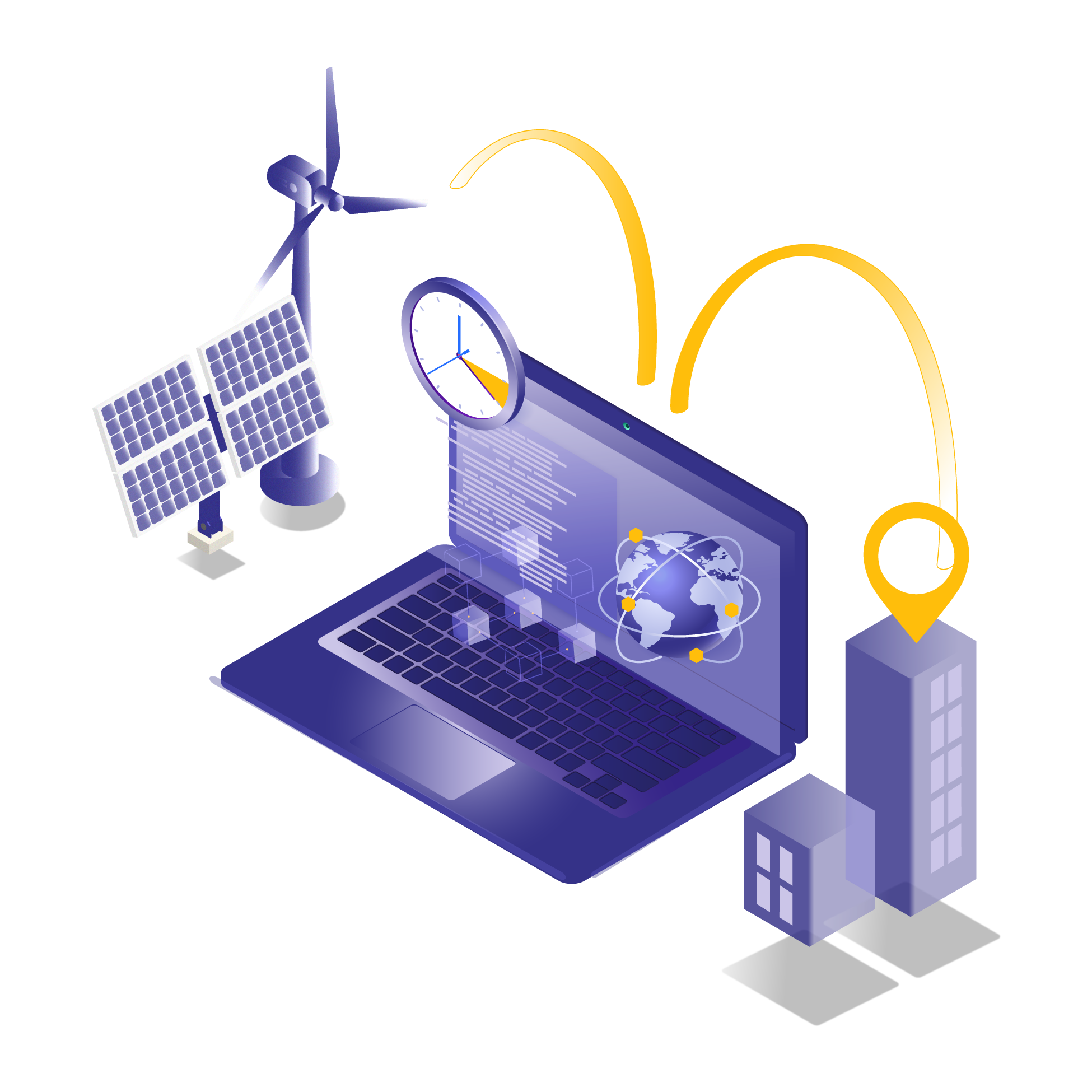 When it comes to transparency and tamper-proof there is no better technology than blockchain to prove that you are truly fulfilling your commitments. Greenlink is developed to meet the verification and transparency needs of companies who are on a sincere journey to net-zero.

The software can be used by energy retailers and serve their customers with green goals as a service differentiator. Energy consumers can select renewable energy sources to be matched with by energy type and location, view their energy consumption in real-time, download assistive data to be used for sustainability reporting, and display & share their sustainability performance with their customers.

Greenlink system stores meter data from grid operators, retailers/suppliers, and/or national energy market operators on the blockchain to verify that the origin, ownership, and consumption of electricity and energy attribute certificates are securely recorded.

Greenlink can provide the kind of verification and transparency that companies need to go beyond energy attribute certificates and become real sustainability leaders. Companies can use this technology as a service from their energy retailers. Innovative and customer-oriented energy retailers can use Greenlink as a differentiator in their services to create added value for their customers.

Customers without dealing with any other 3rd party can rest assured that their energy is truly renewable and their goals are being fulfilled by renewable energy providers who have demonstrated their abilities with this new technology.

Blok-Z has recently signed the 24/7 Carbon-Free Energy Compact and became a proud supporter of the movement.

If you are an energy retailer looking for innovative ways to retain your enterprise energy customers, then you have landed in the right place.